Today is a sad day. Because I lost my Supervisorship. I'm not an Herbalife Supervisor anymore. I'm just a Sr Consultant. Just because I FAILED to earn enough points last year. WHY GOD???

I need the 50% discount because I need to fend of the evil drugs that I am taking for my bipolar from turning me into a big balloon. But I thunk that YOU just do not care isn't it? Even with 50%, it's difficult for me to maintain. Now with 35%?? Ridiculous! I am such A LOSER. The more I think about my life, the more I HATE it. NOTHING seems to work in my life. NOTHING! ZILCH! NADA!!!

What the fuck is happening?? I couldn't continue living because my life IS A MESS. A TOTAL MESS. A PATHETIC MESS. I'm fed up of living. Fed up of facing the same joke of a life day in and day oiut. I am just tired of this horrible existence. What a tragic life. And I am sure, when I die, it'd be tragic too. In the hereafter, I'd be faced with a much severe sentence. For the monster I am on earth and for the unappreciative fool I am born to be.

It's sublime. When listening to the late Whitney Houston songs, especially from her first album, Whitney Houston (1987), I'd be transported back to a very specific moment in time. I forgot the date. I just remember what happened. My class was on our way to a camping trip at Hulu Langat and we were on the bus stopping behind Kompleks Dayabumi. It's dark already but not that late. Waiting for some classmates picking up our food supplies from Mohazmi's mom. She had a shop there. It's one of the sweetest memories when I was in MCKK, the camping trip.

And that's why, when I read the news of Whitney's untimely passing, I was swarmed with grief. I grew up with her songs. In fact, her second album, Whitney, reminded me of my Shah Alam days when I was taking the American Associate Degree from Indiana University. Her Bodyguard soundtrack serenaded me with the hauntingly rendered "I Will Always Love You" when I went to the States to pursue my architecture degree.

I still remember watching The Bodyguard at the theatre on Lincoln Way in Ames and later on rented laserdisc from Movies To Go. Her voice was unique. It was always a toss between Mariah Carey and her… but I always prefer Whitney. She got class. My ears wouldn't hurt listening to her high notes.

It's sad. It was so sudden. She's only 48. The fact that she passed away at the same hotel where Clive Davis' party was planned that night and where she was supposed to perform, was surreal. At the time of writing, the police was still in the dark about the cause of death. I just hope that it's not suicide, though several media outlets hinted on that. It's a tragic end to a wonderful and gifted songbird. It's a sad end to a person who had enriched millions of lives around the world with her songs and powerful voice. 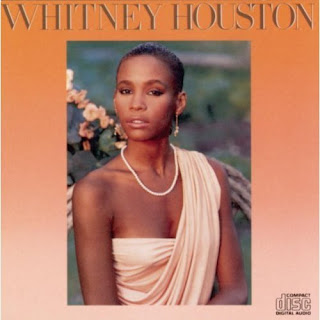 Posted by Hasnul Hassan at 9:58 PM No comments:

I am just tired of being lonely. I'm exhausted. fatigue fills every fiber in me. Frustration. Anger. I don't believe that anyone should be lonely. I can't accept it. Yes, I do have friends and family. But the company that has been eluding me since I was a kid had been… a lover. That is a BIG word. It possesses so many connotations, both good and bad. Positive and negative. Yet, the true meaning is the same. Someone whom you love and loves you back. Such a simple concept. Yet… so elusive.

I have no idea what I should do now. Like I said, I'm out of breath. I'm out of energy to pursue that holy grail of relationship. I am out of the race. And I am getting older. I do miss many people… too many in fact. Those whom I thought could become someone to share my life with. Alas, not a single one of them. They fled… a lot of times even before I opened my mouth. They just ran away. Trying to escape this monster in front of them. Couldn't believe their eyes, they ran and ran. Faster and faster towards the horizon. And I was left alone. Again.
Posted by Hasnul Hassan at 12:41 AM No comments:

Suddenly I've lost interest in everything. Don't like to watch movies anymore. Somehow reading makes me sleepy. Surfing the net seems tiring. I just cannot concentrate on anything anymore. What I know is how lonely I am. So lonely that it's as if I'm the only one on earth. Scary.

I realize that this is the beginning of a depression episode. Am I ready for another ride down the hill of life??
Posted by Hasnul Hassan at 11:51 PM No comments:

Sometimes, I'd forgot about the pain of bipolar. Sometimes, that would be good. But today, it's not. I had been manic these past few days. So happy to get to kuala and got involved with the two groups I love most - wind orchestra and the prefects. The joy in helping them was spiritually sublime.

But then, the table turned when I got to kl. This was when my loneliness suddenly reared its head. Without any warning. And I got caught... unexpected. You might ask, what has loneliness got to do with my illness? Everything. For years, loneliness has been one of the major factors in my depression. A trigger. A cause.

And when this depression arrives, it'd be so painful that many times I just couldn't stand it anymore. Suicidal thoughts always follow loneliness. Hopelessness. Helplessness. It's just total chaos. Albeit a quiet one.
Posted by Hasnul Hassan at 9:52 PM 1 comment:

When the power of Lexapro and Epilim kicked in, I'd be transported into the land of dreams. It's the realm of slowness and grogginess. I'd be forgetful. Everything seems to be in slow motion. I hate it.
Posted by Hasnul Hassan at 7:31 AM No comments:

Revenge of the manic

I guess that when I'm manic but there's something that bothers me, I would CHALLENGE it. And being avengeful towards it where in the end, I'd do something stupid.
Posted by Hasnul Hassan at 10:53 PM No comments:

Loneliness is such a cruel entity. It has no empathy. No sympathy. It doesn't possess any feelings. Loneliness is merciless. At least to me.

I wish that my loneliness could go away. But perhaps, if it did go, would a more terrible type of loneliness keep me company??
Posted by Hasnul Hassan at 9:33 PM No comments:

Time for a little manic

After 3 weeks of hard-core-suicidal laced depression, I'm tasting a little manic today. Actually it started yesterday when I was offered a very incredible offer for a place to stay in kl. And of course, because I met someone new.

But sadly, my manic made me spent almost all the little money I had. And now I'm broke again! Shit!! Why does it have to be like this? Why can't I be like the rest? The normal people? I'm having difficulty adjusting with my depression, and the manic episodes... just make it worse.

I feel like a pariah. It's one of the worst moments in my life and I'm mostly left alone. I don't know whether they really hate me, fed up with me or just plain annoyed. But the fact is... they left me alone.

Come to think of it, I've always been left alone. When I was young, in my early 20s, I thought that I am a social misfit. It turned out that my illness did make me one. It's hard for people to understand me. It's difficult for them to connect to me. I could be charming but sooner than later, I could be so cold and detached.

Social life seems to evade me. And my personal life suffers. My loneliness seems to be unbearable during my best days :(
Posted by Hasnul Hassan at 11:33 PM No comments: